Apostoli Palace is located in a quiet and peculiar Cannaregio district, which is placed in the heart of the historic Venice, from where it is possible to walk to of interest sites such as Saint Mark’s square and Rialto bridge, and also the train station and public transport navigation.

This Venetian palace enjoys of a privileged location, and it becomes a starting point to discover some little known treasures, while strolling in the shaded streets around the hotel.

You could visit the impressive and oldest Jewish ghetto in Europe, with five synagogues and the Jewish Museum,  and also, the ‘Madonna dell’Orto’ church, which contains some wonderful works of painters Cima da Conegliano and Tintoretto.  We also suggest you to get to the Jesuit church, with its impressive Baroque facade, where you can admire paintings by Tiziano and Tintoretto, and also to the Oratorio dei Crociferi, the church of Santa Maria dei Miracoli (a Renaissance jewel with a facade covered by polychrome Marbles) and the Church of ‘Santi Apostoli’, which contains works painted by Tiepolo.

Apostoli Palace is just a few minutes walking from Palazzo Vendramin Calergi,  the municipal casino where the German composer Richard Wagner lived and died in 1883. Close to the Casino there is also Ca’ d’Oro, which is the most representative example of Gothic architecture in Venice overlooking the Grand Canal; it also hosts one of the most important art collection.

HOW TO REACH US

From Venice Marco Polo Airport (13 kms from Venice) you can reach Apostoli Palace directly by taxi. You should specify as destination Rio Ca’ Dolce and get off at Rio Terà Barba Frutariol. You can reach us by the ALILAGUNA water shuttle service offered by (Blue line) and get off at Fondamenta Nuove stop; you can also use the ACTV bus number 5 shuttle service with the, or the ATVO bus, or by taxi, which will drive you until Piazzale Roma. From here you can take the privatewater taxi, specifying as right address Rio Ca’ Dolce, or by ACTV waterbus line n.1 o line N (night); the right stop is Ca’ D’oro (Rialto/Ca D’Oro direction).

From Treviso-Canova Airport (30 kms from Venice) you can reach Piazzale Roma by a bus shuttle. The journey time is approximately 60 minutes. From Piazzale Roma, you can easily reach the Apostoli Palace by taxi (specifying as address Rio Ca ‘ Dolce, which is close to Rio Tera ‘ Barba Frutariol) or by ACTV waterbus line n° 1 or line N (night); the correct stop is ‘Ca ‘ d’Oro (Rialto/Lido direction).

From Piazzale Roma car and bus terminal, you can reach us by private water taxi, specifying the address Rio Ca ‘ Dolce. It will stop near Rio Tera’ Barba Frutariol, where we are located. You can also take the ACTV waterbus line n° 1 or line N (night), getting off at Cà d’Oro stop (Rialto/Lido direction).

From Santa Lucia train station you can reach Apostoli Palace by water taxi pointing out as destination Rio Ca’ Dolce. You have to get off near Rio Tera’ Barba Frutariol. You can even reach us by ACTV waterbus line n°. 1 or line N (night). The waterbus stop is only a few steps from the train station exit on your right. The correct stop is ‘Ca’ d’Oro (Rialto/Lido direction). 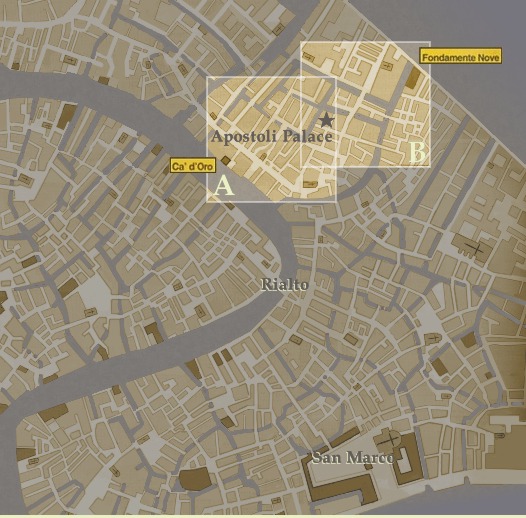 Apostoli Palace surprised us for its hospitality and quietness. It’s just a few steps from Cà d’Oro and Rialto Bridge; that’s the perfect choice for staying in the historic center of Venice. Just a few waterbus stops from the best and most famous tourist attractions and so convenient to reach Murano, Burano and Torcello islands, and even Venice Lido. It’s so close to several romantic restaurants where you can eat well! It’s a well cleaned hotel and the staff is really friendly and helpful. What else to say? We had a good time there.